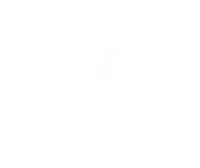 Built like a bridge spanning several tunnels, the design called for ingenious solutions on the part of VINCI Construction. Located on the spot where a ventilation plant for the A14 motorway previously stood, the 1,600 sq. metre land take is hemmed in by the circular boulevard, the La Défense esplanade and a car park exit. The building straddles two tunnels, a car park exit and a ventilation shaft like a bridge. It rests on special foundations built across the Défense 2 car park between the various tunnels.